WireFlow offers a suite of C Series modules specifically designed for building Hardware in the Loop (HiL) test systems. These modules make it even easier to use the Compact RIO platform from National Instruments to design powerful and scalable HiL test systems. The WireFlow C Series modules can be used to simulate resistive sensors, do bus multiplexing or fault injection.

Historically HiL test systems have been built on large, complex and expensive platforms reserved for the testing of advanced systems like airplanes and cars. With more and more products getting equipped with advanced electronics and software, the need for HiL systems now also applies to completely new industries and products such as washing machines and robotic lawn mowers. This creates a need for a new way to build HiL test systems. The Compact RIO platform, with the addition of C Series modules from WireFlow, is that new platform.

PHOTO | The small form factor and FPGA capabilities of the Compact RIO platform makes it ideal to create both small desktop test stations as well as large, high-channel-count distributed HiL systems. The programmers experience when using the modules from WireFlow in the LabVIEW development environment is just like using any other module from National Instruments. The modules come with support for both LabVIEW and VeriStand. 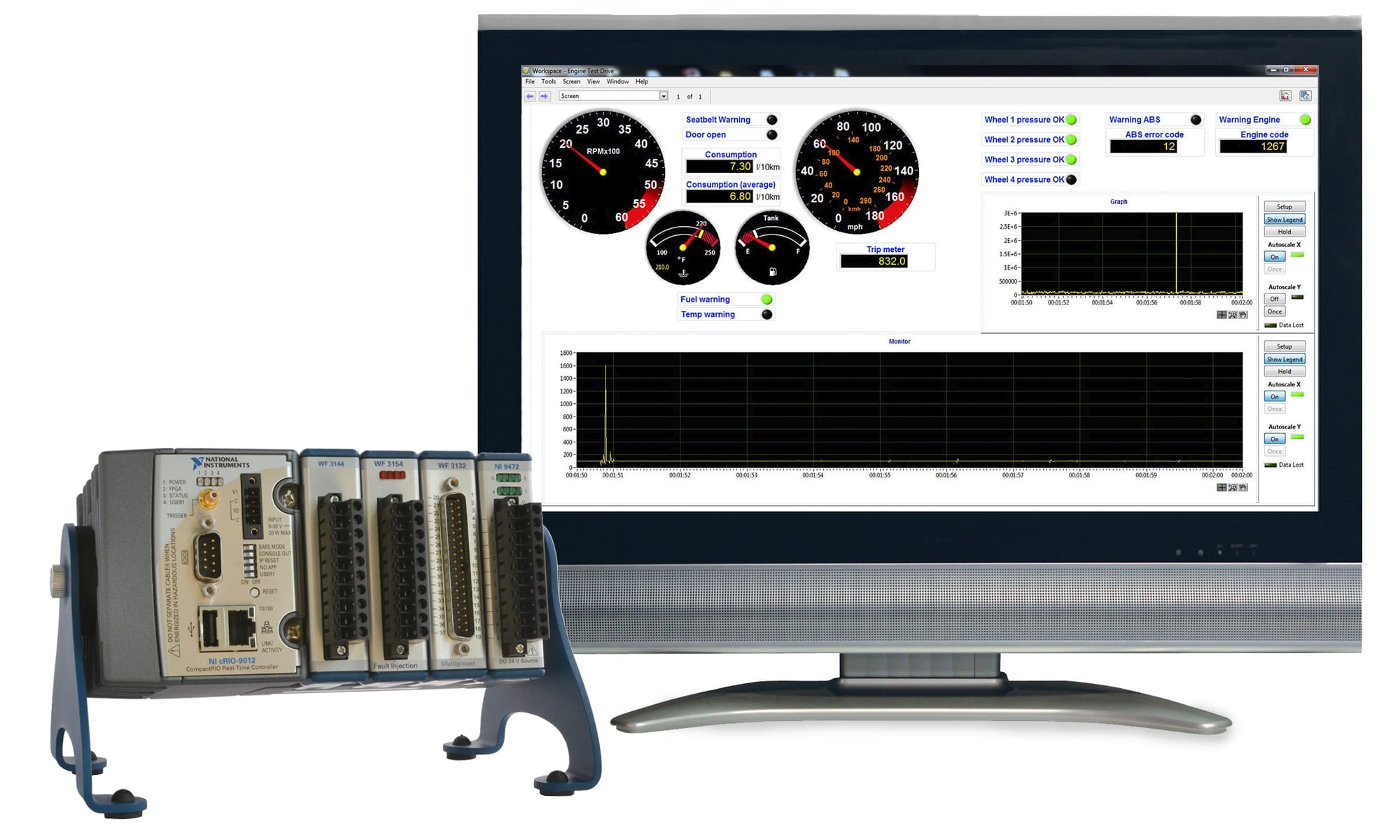 What is HiL
An HiL test system includes electrical of the sensors and actuators connected to the Electronic Control Unit (ECU) which is the device under test. These electrical I/O nodes act as the interface between the ECU under test and the simulated environment.

A scalable platform
Since it is possible to connect the Compact RIO chassis to both desktop  PCs as well as to LabVIEW RT real-time processors, the RIO platform is the ultimate architecture for all HiL systems; from the small and simple to the large and distributed.

WireFlow designed a set of C Series modules specifically for HiL applications to complement the range of modules offered by National Instruments.

The WF 3144 is a 4-channel, 16 bit, programmable resistor for Compact RIO. The module uses arrays of real resistors switched with solid state relays to set the desired resistance. Each channel is galvanically isolated, making it ideal for sensor simulation.

The WF 3154 is a 4-channel Fault Injection Module for Compact RIO. Each channel provides three solid state relays that can be used to create electrical fault conditions Open circuit, Short circuit to and to ground.

The WF 3132 is a 32-channel Multiplexer/Matrix Switch for Compact RIO. It can be used for signal or bus multiplexing, electrical fault injection, switching between real and simulated sensors, simulation of both high- and low side switches etc.

We'd love to hear from you!

WireFlow is a Silver Alliance Partner to
National Instruments. Visit our partner profile.

WireFlow is a Silver Alliance Partner to
National Instruments. Visit our partner profile.