SeaTwirl designs floating wind turbines built for deep sea deployment. The ambition is to provide the most cost effective product for the production of renewable energy. By evaluating a 30 kW grid-connected floating wind turbine prototype in Lysekil Sweden, knowledge will be generated which will become necessary for future products that will be in the 10 MW class. For this SeaTwirl needs a powerful control and measurement system that can control the wind turbine and also record measurement data that can be used to analyze the functionality and performance of the wind turbine.

“Using products from National Instruments and WireFlow’s integration services, we very quickly got the powerful and flexible control and measurement system we needed for evaluation of our 30kW SeaTwirl prototype in Lysekil.”

To take on the challenge to design a powerful control and measurement system for the wind turbine, SeaTwirl teamed with the National Instruments Alliance partner WireFlow. The control system was built around a National Instruments Compact RIO that executes a real-time LabVIEW control- and measurement application. WireQueue, the secure IoT solution for LabVIEW from WireFlow, enables SeaTwirl to do remote monitoring of the floating wind turbine over the 3G network.

Innovative design
SeaTwirl designs floating wind turbines built for the ocean. These wind turbines are easier to build, install and they require less maintenance than traditional offshore wind turbines. The ambition is to provide the most cost-effective solution for production of renewable energy

The SeaTwirl wind turbine has a simple robust design, few moving parts and can be placed in deep waters where wind conditions are good. (It is one of few power plants possible to deploy in the ocean.) 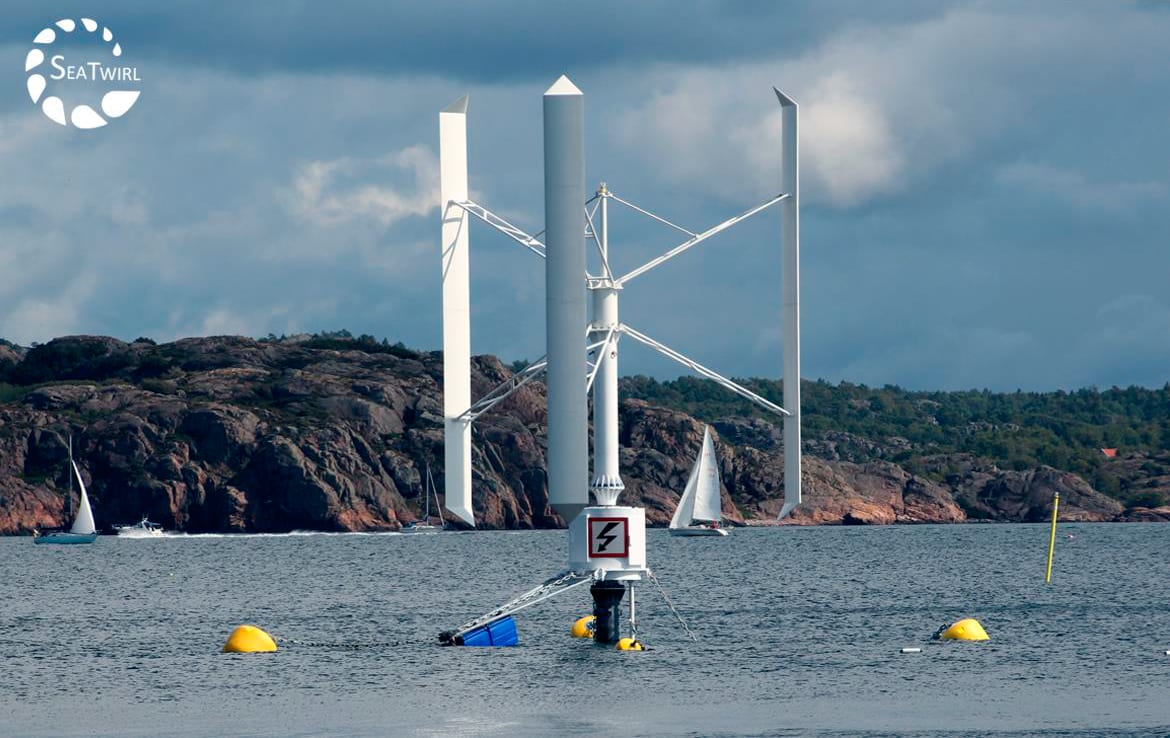 Figure 1. The 30kW prototype in the remote bay outside Lysekil on the west coast of Sweden
It is floating
The underwater structure contains a buoyancy part and at its lowest point, a weight part. This makes the structure stable. The full body from the wind turbine in the top to the lowest underwater weight part is rotating as one piece and all its weight is carried up by the water.

The offshore winds are stronger, blows more hours and are more uniform than coastal winds. A floating wind turbine can be placed in new areas in the ocean, where wind turbines previously could not be deployed because of the depth of the water.

It has a vertical axis wind turbine
A vertical wind turbine can absorb wind energy independent on wind direction. There is no need for any yaw or pitch mechanism to face the blades to or from the wind. Fewer moving parts imply lower maintenance costs and less downtime.

Vertical wind turbines also have a higher structural limit and can be built larger than horizontal axis wind turbines, reaching a higher level of cost-effectiveness. 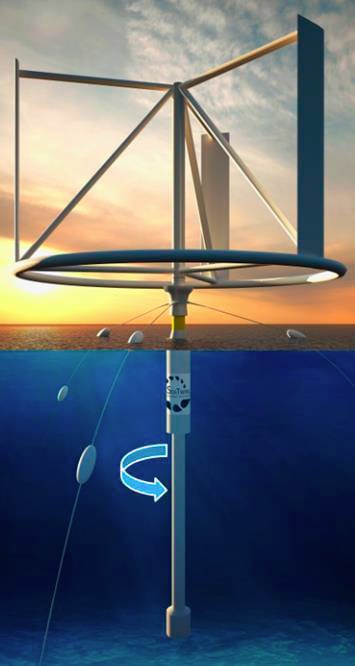 Figure 2. The full body rotates as one piece
Advanced control and measurement system required
The SeaTwirl wind turbine requires a robust and powerful control system. It shall continuously measure the wind and control the rotational speed according to an algorithm making the power generation efficiency optimal. The control system must also perform status monitoring, and in case of any abnormalities stop the rotation and take the system into a failsafe mode.

Since the high power frequency inverter is located on-shore the control system must be distributed. It must be able to interact with sensors and machinery located both on-shore and off-shore.

SeaTwirl personnel need to be able to monitor the operations from the SeaTwirl control room located in Gothenburg, so a secure remote monitoring link is required. To complicate matters further, the wind turbine is located in a remote bay outside Lysekil on the west coast of Sweden. No fixed internet services are available at the location.

The wind turbine at Lysekil is a 30kW prototype. By evaluating this prototype knowledge will be gained which will become necessary for future products that will be in the 10MW class. This will require a system that can, not only control the wind turbine, but also record huge amounts of measurement data that can be used to analyse the functionality and performance of the wind turbine.

WireFlow
To take on the challenge to design a powerful control and measurement system for the wind turbine, SeaTwirl teamed with the National Instruments Alliance partner WireFlow. WireFlow main office is also located in Gothenburg, Sweden. WireFlow provides products and services for the National Instruments hardware and software platforms. WireFlow’s expertise in designing customized distributed control systems was the main factor for SeaTwirl to team with WireFlow. WireQueue, a Secured IoT Toolkit from WireFlow, would prove to be a real hit when remote monitoring was to be implemented.

The control and measurement system

The control system must also do status monitoring, and in case of any abnormalities stop the rotational speed and take the system into a failsafe mode. The control system will monitor various status parameters such as:

It shall be possible for maintenance personnel to monitor the status of the wind turbine from remote locations over the internet. Any alarms shall trigger a notification in the monitoring computer or smartphone.

Measurement data shall continuously be logged onto a large disc so that SeaTwirl engineers can use this data for analysis that will give knowledge on how the wind turbine behaves in its real environment. 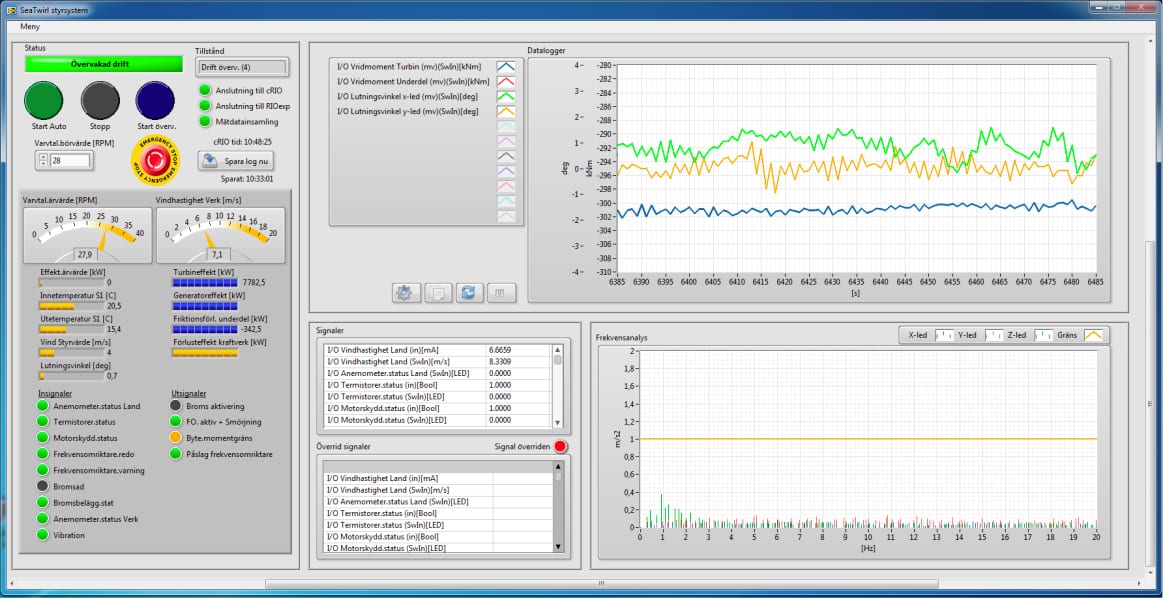 Figure 3. The operator panel displays system status and can be used to control the turbine 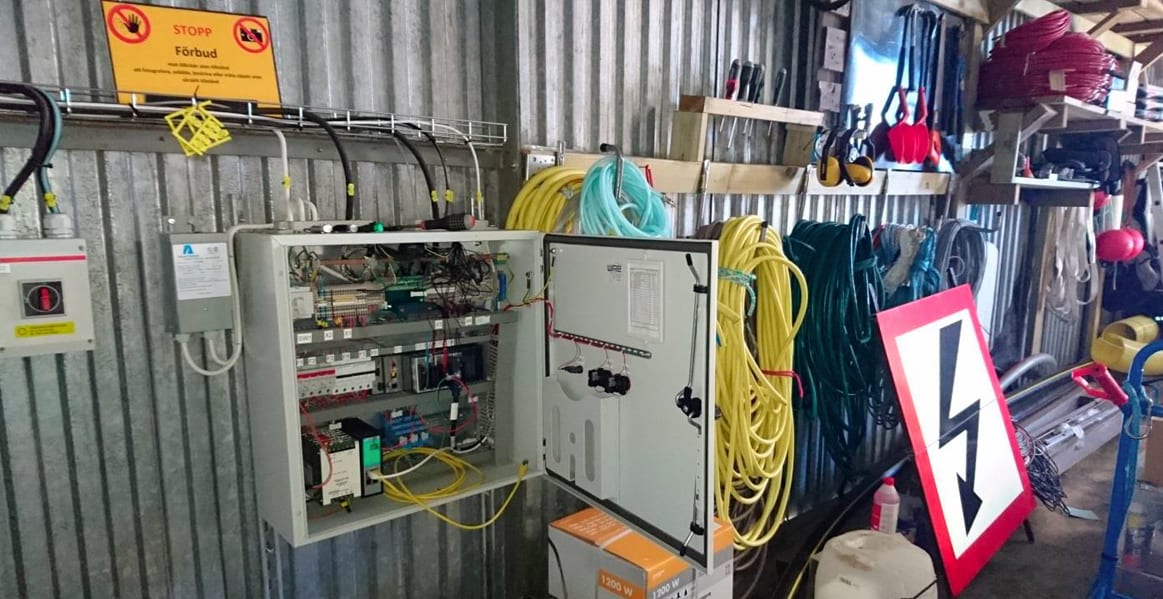 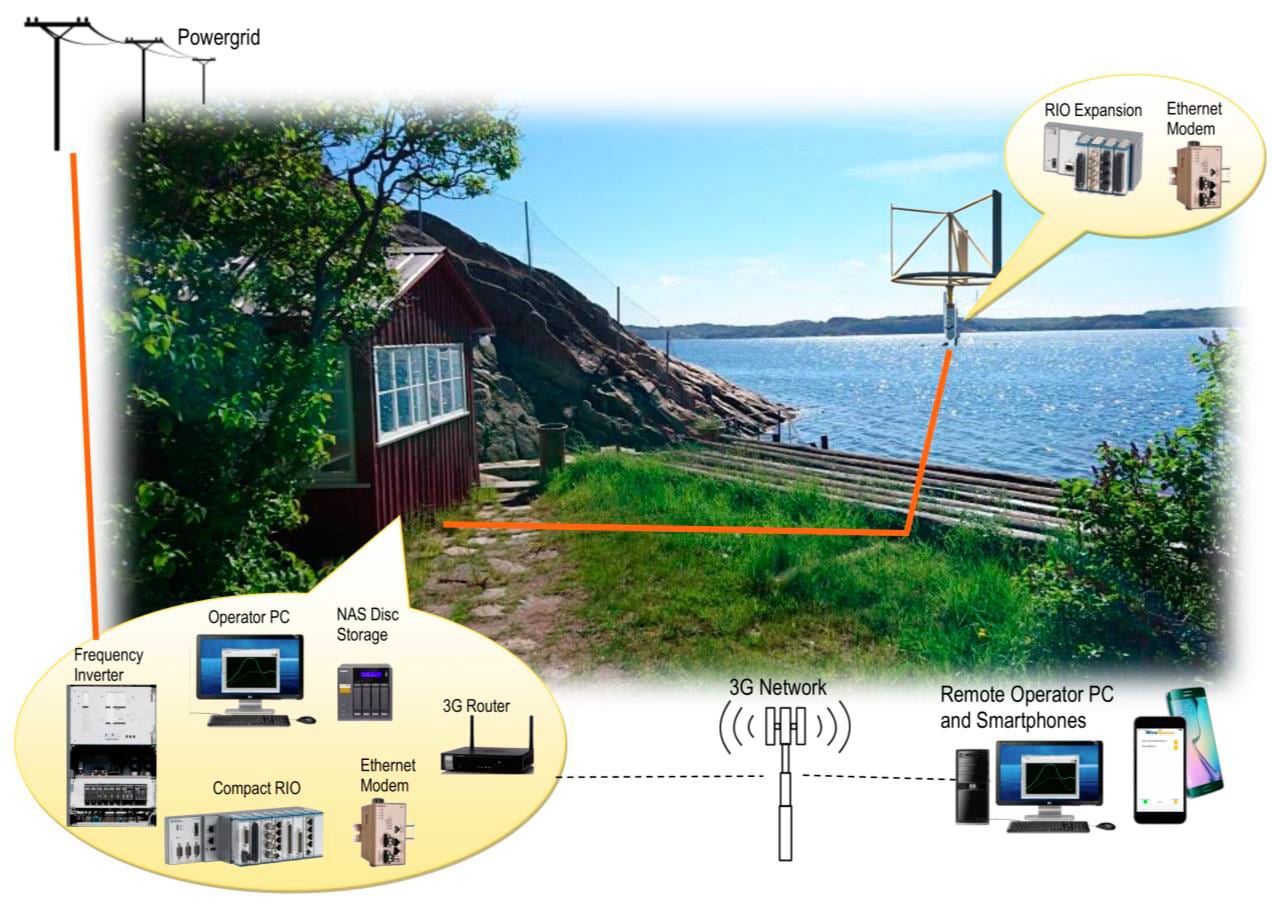 Figure 5. An overview of the components in the control system

The control system functionality
The CompactRIO executes a high priority, predictable real-time control loop. During every loop the following actions are performed:

In parallel with the high priority loop described above, the CompactRIO also executes a few loops with lower priority that executes tasks such as:

The CompactRIO was the natural choice for this application since it provides the possibility to quickly design a deterministic and robust control system using of-the-shelf hardware. The ability to put some of the I/O modules in a RIO expansion chassis inside the turbine, and to connect it using the sea cable, formed a very convenient solution. The end result is a rugged, high performance, distributed I/O control system.

Using LabVIEW we could, in a short development cycle, design and implement a networked system that shares the collected data between the CompactRIO and the other parts of the control system; the NAS, the RIO expansion unit, the PC operator panel and the smart phones connected to the WireQueue IoT server. 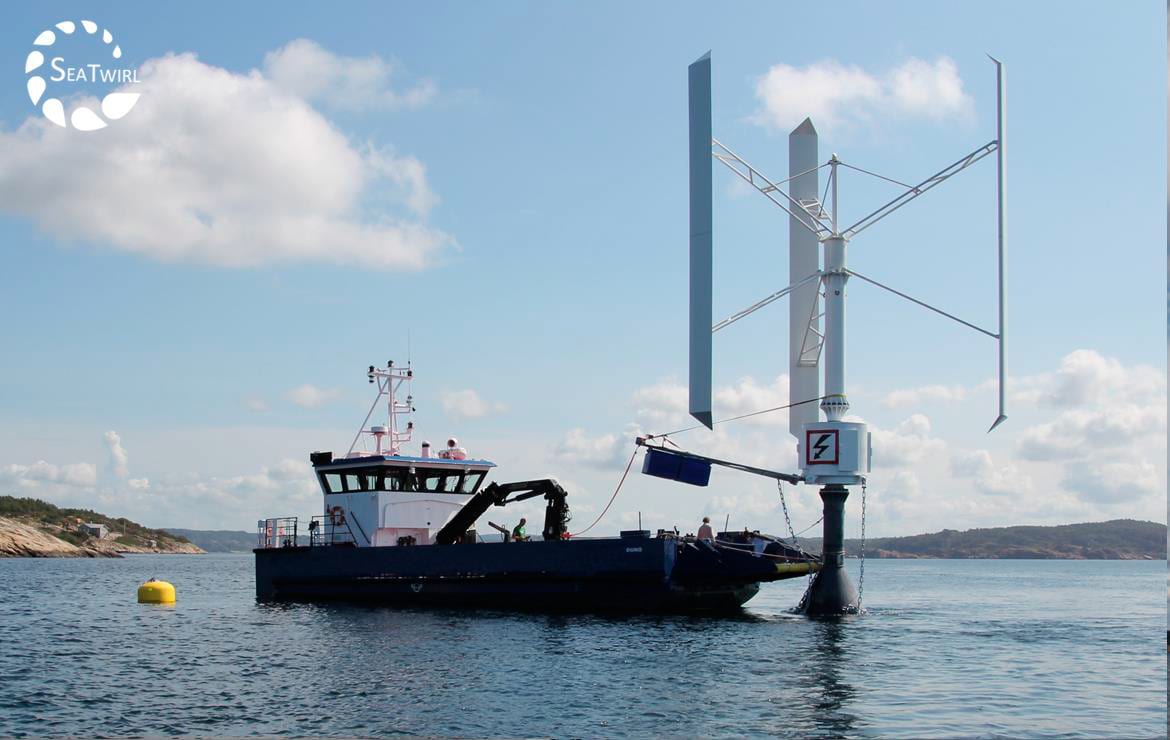